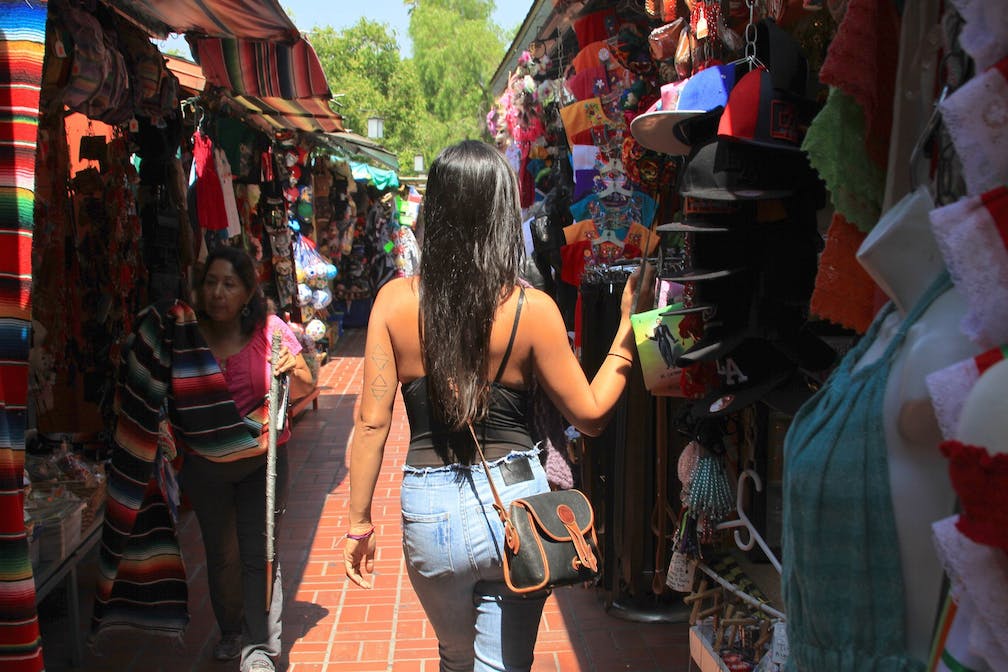 Olvera Street is always filled with pageantry, and the historic district of El Pueblo de Los Angeles Historical Monument, the birthplace of Los Angeles, is worth strolling anytime to sample traditional Mexican culture and foods and to better appreciate the city’s heritage.

Start in the Old Plaza. Gaze upon the plaza statue of King Carlos III of Spain, who ordered the founding of El Pueblo de Los Angeles in 1781. Pop inside the quaint Placita Church across the street, founded roughly 200 years ago and still an active parish. Check out the three-story Pico House nearby, constructed in 1870.

Your most surprising discovery on Olvera Street might be América Tropical, a large fresco by David Alfaro Siqueiros, one of Mexico’s greatest muralists. The once-controversial work has been restored and can be viewed from a rooftop platform.