Hiking to Beek's Place in the Santa Ana Mountains 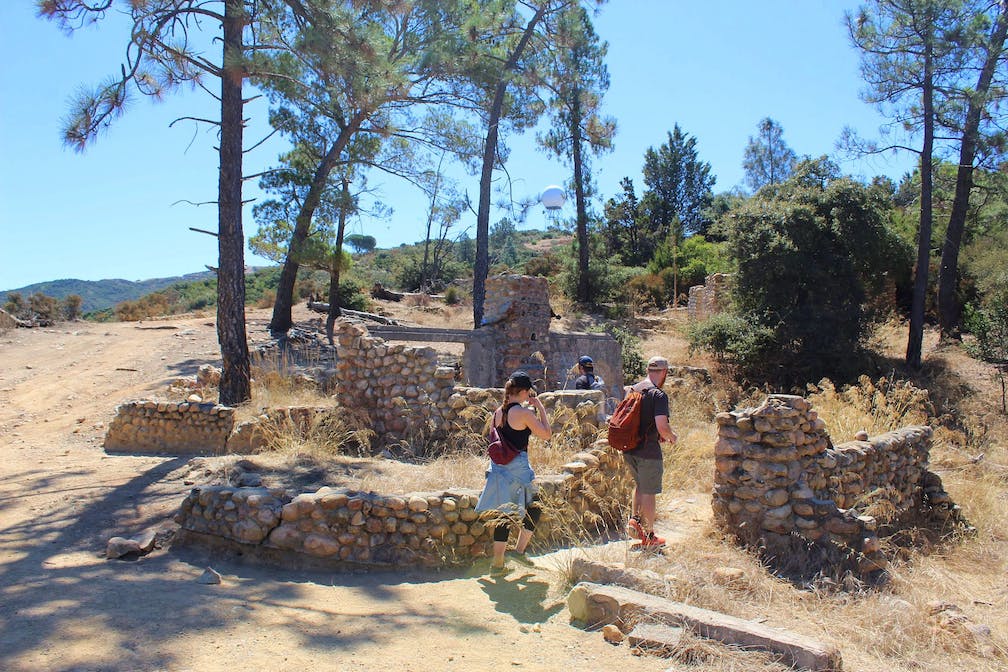 Beek’s Place in the Santa Ana Mountains is one of those great California shrines to faded dreams, and well worth the thigh-burning 10.5-mile (round-trip) out-and-back hike to get there. The trail gains 2,227 feet of elevation as it consistently rewards you with an expansive view of the majestic San Gabriel Mountains to the east and the Orange County coastline to the west.

Joe Beek was a real estate man who played a major role in developing Balboa Island in the mid-20th century. He started building Beek’s Place in 1929 as a hobby retreat and attempted to power the property with wind generators. A giant steel structure close to the cabin ruins is all that remains of this endeavor. Beek developed the property to have running water, power, and even a swimming pool. All the coniferous trees in the surrounding area were planted by the Beeks and were able to grow because of the water that was pumped to the property. Joe’s grandson, Charles Beek, finally abandoned the property in the early 1970s.

Begin on Skyline Drive Trail, which is paved and clearly marked by a sign. The first half-mile is asphalt and then turns into packed dirt. Skyline Drive is a fire road and highly trafficked by hikers and off-road cyclists. After a mile the trail quickly ascends with a series of switchbacks that keep Hagador Canyon in full view. Many of the ascending turns offer an unimpeded view of the San Gabriel and San Bernardino mountain ranges. At 4.7 miles, at a major fork, continue straight, and a short distance ahead you’ll come over the ridgeline and see Orange County all the way to the coastline. When you see a large metallic structure (possibly with many vultures perched atop it), you’ll know you’re in the right place. Just past that, within view, are the old foundations and the remains of Beek’s dreams.