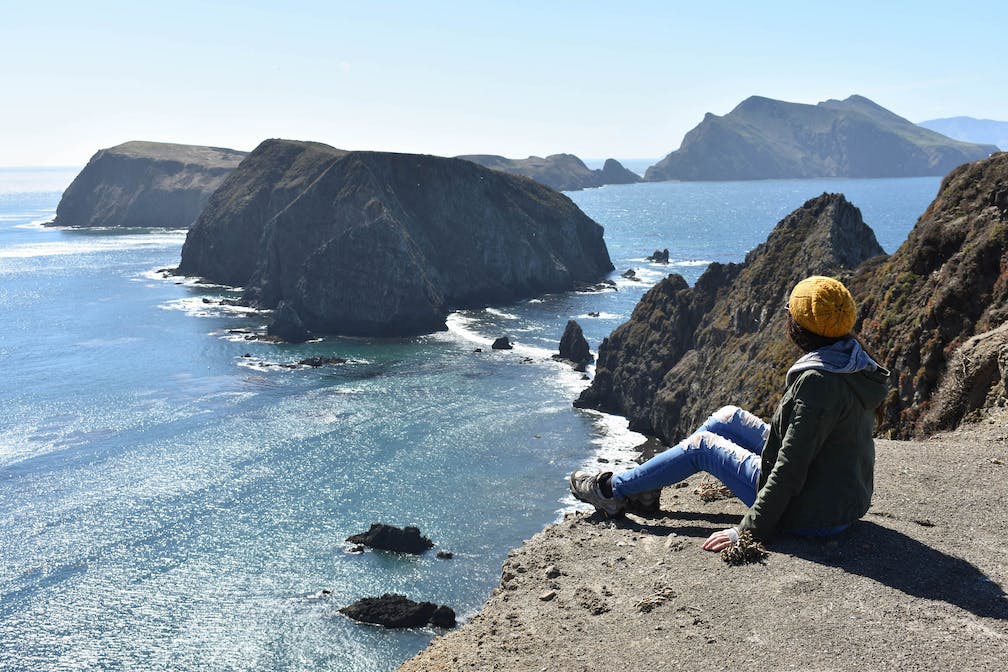 The Anacapa wildlife spectacle begins almost as soon as you pull away from Channel Islands Harbor in Oxnard. First up are playful common dolphins, and if you’re lucky, humpback and migrating gray whales. As you approach, you’ll see (and hear) noisy California sea lions and harbor seals. (Watch also for Anacapa’s iconic Arch Rock.) When it’s time to set foot on the island (which is actually three islets, all part of Channel Islands National Park), well, watch your head: You’re in the midst of the world’s largest protected colony of western gulls! More than 10,000 of the seabirds gather on East Anacapa for nesting season, May through July. Not enough bird life for you? West Anacapa’s protected rocky cliffs are home to one of just two breeding colonies of California brown pelicans in the western US—some 4,600 breeding pairs.

Upon arriving, visitors climb a steel rung ladder from the boat to the dock, and then ascend 157 stairs to reach the top of the island. Anacapa has just one hiking trail, but it’s a beauty: a 2-mile loop around the perimeter with spectacular views of the rugged coast, the mainland, the Anacapa lighthouse, the other Channel Islands, and of course, wild wildlife everywhere!

Reach Anacapa aboard an Island Packers ferry out of Channel Islands Harbor in Oxnard. The trip takes about an hour, and costs $59 for adults for a day trip, $79 for overnight. For a more immersive adventure, nab one of the island’s seven primitive campsites, for which you’ll need to bring water. No matter what, come prepared for chilly wind, and dress in layers. No dogs.