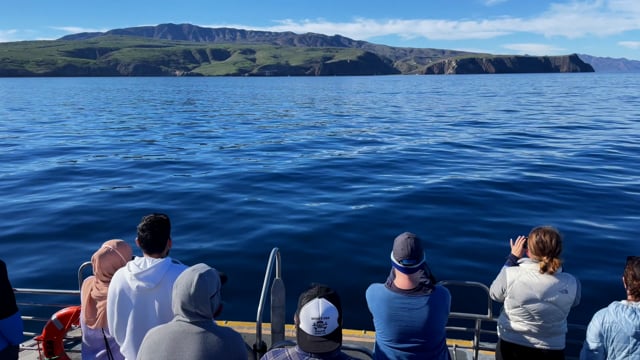 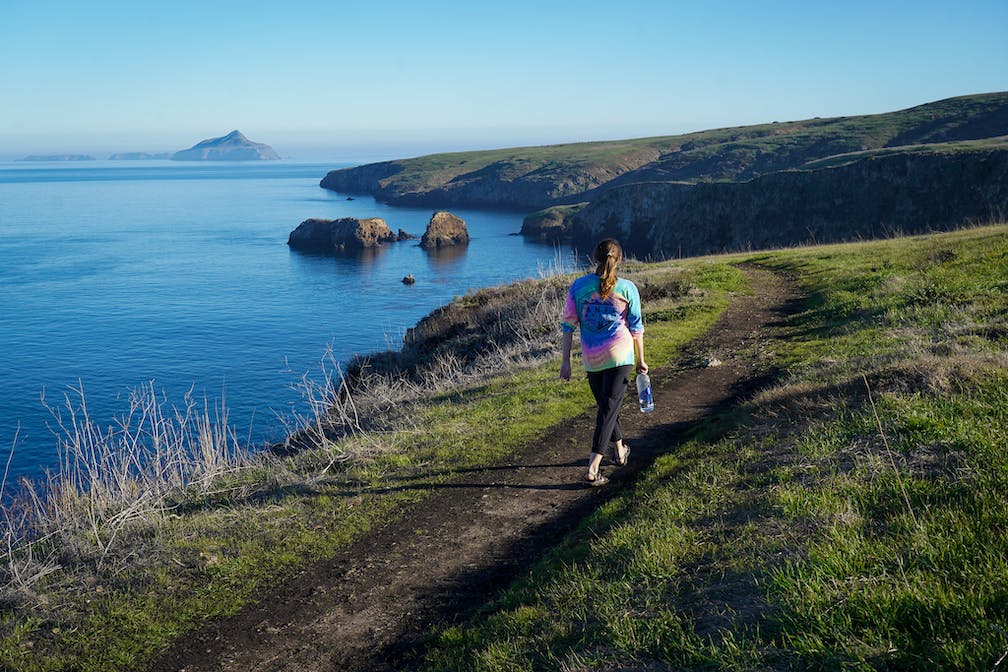 Pristine, wild, wondrous: Channel Islands National Park lives up to its nickname as “North America’s Galapagos.” Separated from the mainland by 25 miles of open water, this less-traveled national park is an undeveloped and isolated series of five dramatic and distinct islands reached by boat. It's home to over 2,000 terrestrial plants and animals, of which 145 are found nowhere else in the world. For first-time visitors, we recommend heading to the largest of the islands, Santa Cruz.

The magic starts from the moment you board the ferry. Island Packers is the national park’s only concessionaire. The pro guides on board will point out and share details of the diverse wildlife you’re likely to see: California sea lions, harbor seals, gray whales, bottlenose dolphins, and seabirds galore—from brown pelicans and western gulls to ospreys. You can camp on the island (plan ahead) or spend a day hiking and exploring.

For glorious coastal views, epic wildland scenery, and whale-watching glory, combine trails to Potato Harbor and Cavern Point for a 5-mile (round-trip) hike of highlights. Starting off on the Cavern Point Trail, gently ascend to the North Bluff Trail and get swept up by the sweeping Pacific scenery.

This is a prime spot for whale watching. Keep an eye out the island scrubjay, the only endemic species of bird found in the Channel Islands. Scan the grassland for the famed island fox, found nowhere else in the world. They’re super cute! And very clever. (Chonkers is the celebrity fox in these parts.) While they’ll try to snag your trail-mix if you set down your backpack too long, do not feed them any under circumstances (that’s a major party foul).

On the return trip, continue to Cavern Point for a vista with a terrific vantage of the other islands comprising the national park. Start dreaming about the next one you’ll visit.

Book ahead for Island Packers, which makes daily trips to Santa Cruz Island, year-round. This is a popular excursion. Pack in your own food and water, enough for a full day on the island. No dogs.