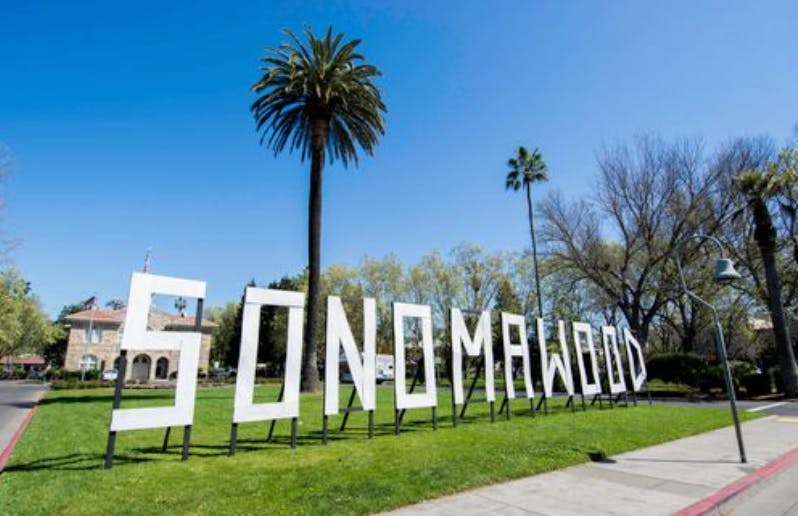 Food, wine, films, backlot parties, and culinary events with celebrity chefs like Joanne Weir … yep, it’s good to be 25! The Sonoma International Film Festival (SIFF) is celebrating its 25th year in signature style this March 23 to 27.

Get your tickets now

Named a Top 10 Destination Film Festival (USA Today) SIFF takes place in the cinematic setting of Sonoma’s wine country—all at venues within walking distance of Sonoma’s bustling plaza (pro tip: many venues serve Sonoma wines to pair with your popcorn and movie). Mingle with locals and visitors at the famed backlot tent filled with live music, food from nearby restaurants, and local wines.

Meet the movie makers and the stars, then check out compelling documentaries, world premieres, and short films at venues like the historic Sebastiani Theater, the Sonoma Community Center (the Center itself starred in the 1996 movie Scream, as the fictional Woodsboro High School), and the Sonoma Valley Museum of Art. Attend special events like winemaker dinners and lunch with the PBS Plates and Places host, Joanne Weir.