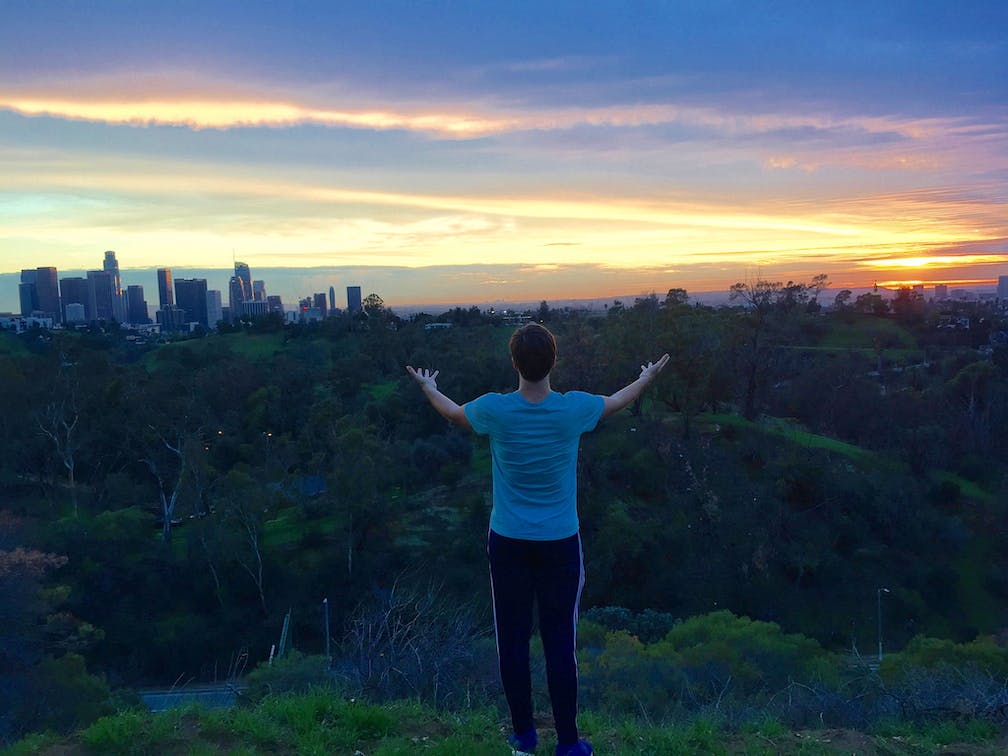 Founded in 1886, Elysian Park is LA’s oldest park, and one of its biggest. Spanning 600 acres, this urban playground has multiple attractive features that will keep you coming back for more. With hiking, biking, and jogging trails to horseshoe pits and disc golf, you have ample opportunity to enjoy the outdoors from within the city limits.

One of Elysian Park’s best features? Its location: it’s right by Dodger Stadium and up high on a canyon that affords a beautiful 360-degree view of downtown LA, the San Gabriel Mountains, and all the way to the ocean. Explore niches within the park: Angels Point with its view of the stadium and DTLA, known for housing a large postmodern metal sculpture reminiscent of the 1980s, or Chavez Ravine Arboretum, which contains over 100 varieties of trees from around the world, including the supposedly oldest and largest kauri, tipu, and Cape chestnut trees in the US.

BONUS: After watching a sunset from atop one of the canyons within Elysian, stay after dusk to witness the spectacular view of Los Angeles at nighttime. The twinkling lights from the towns below are truly awe-inspiring.

Elysian Park is located at the intersection of the 110 and the I-5. Parking available on the street. Dog-friendly!

Story and photos by Lena Marceca