Wildflowers and Views at Edgewood Park and Natural Preserve in Woodside 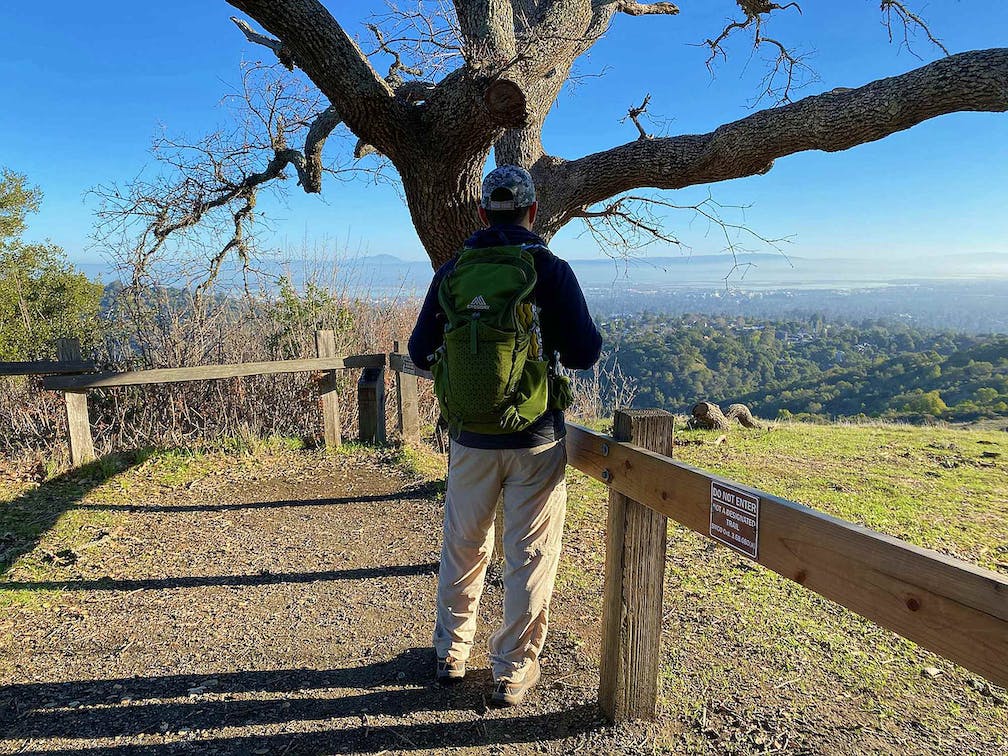 Edgewood Park and Natural Preserve in Woodside sparkles with wildflowers, and you can see them on this 4.2-mile perimeter loop through hilly woodlands, grasslands, and vistas of Mount Diablo and the San Francisco Bay. When should you go? Try late winter to mid-spring, during the Bay Area’s prime green season.

Start on the Sylvan Trail, climbing south under a shady canopy of evergreen oaks and California bay. Maidenhair ferns float like confetti alongside miniature-sized goldback ferns and mossy tree trunks. Near the top of the trail is a patch of pink warrior’s plume, one of the earliest blooming wildflowers.

At the end of the Sylvan Trail, follow signs for Scenic View, a.k.a. Inspiration Point. The route zig-zags up rocky grassland with western bluebirds fluttering among toyon. As you climb, look northeast towards a magnificent vista of Bair Island, the San Francisco Bay, and Mount Diablo. At Inspiration Point, a bench faces Skyline Ridge to the northwest.

Zig-zag back down and follow signs for the Sunset Trail. In early to mid-spring, trailsides and grasslands pop with purples and yellows: purple mouse ears, purple owl’s clover, and shooting star. As you round the preserve’s northwestern edge, merge onto the Edgewood Trail. Follow signs back to the parking lot, descending through madrone, California bay, and oaks mingling with blue western hound’s tongue and orange sticky monkeyflower.

TIP: Want to know what’s in bloom? Check the Friends of Edgewood’s wildflower survey on their website.

BONUS GUIDED WILDFLOWER WALKS: Thank Friends of Edgewood for their complimentary guided spring wildflower hikes that vary according to what's in bloom. Check out their upcoming schedule!

Take exit 29 from I-280 for Edgewood Rd. east towards Redwood City. Drive 0.9 mile to the Edgewood Park entrance on the right. No dogs allowed.